To Kill a Mockingbird - Book 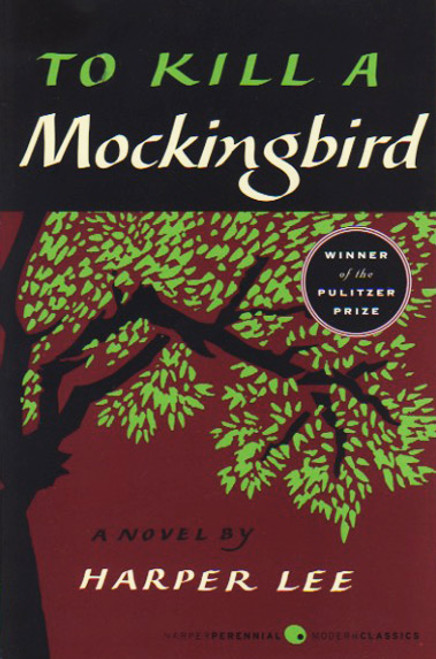 To Kill a Mockingbird - Book

A heart-wrenching and touching coming-of-age tale set in the 1930s South, poisoned by bigotry and racism. Scout will witness her father, a white lawyer, defy public opinion to defend a black man falsely accused of rape.

In the sleepy southern town of Maycomb, Alabama, Scout Finch and her brother Jem revel in the glory days of childhood, trading stories and superstitions with Dill Harris, the imaginative nephew of their neighbor. Dill is especially fascinated with the legends surrounding the mysterious Boo Radley, who stays in his house all day, but, according to rumors, comes out at night to dine on squirrels and cats and peek in windows. Their summer days are spent adding to the Boo Radley legends or devising ways to make Boo come out.

Scout becomes increasingly uneasy about playing games that revolve around Boo Radley. Guided by the wisdom of her father, Atticus, and Calpurnia, their cook, Scout is learning the ways and unwritten rules of southern society and how to get along in it.

Atticus is a lawyer with an extremely difficult case on his hands. Tom Robinson, a black man, has been accused of raping a white girl. With deep-seated prejudice working against him, Atticus fights to prove his client innocent. Scout and Jem watch while their otherwise civilized neighbors show subtle disapproval or outright distaste for Atticus's defense of a black man.

Study this novel with our study guide and lesson plans!

Adventures of Huckleberry Finn, The - Book

Last of the Mohicans, The - Book

To Kill a Mockingbird - Study Guide

To Kill a Mockingbird - Study Guide

To Kill a Mockingbird - E-Guide