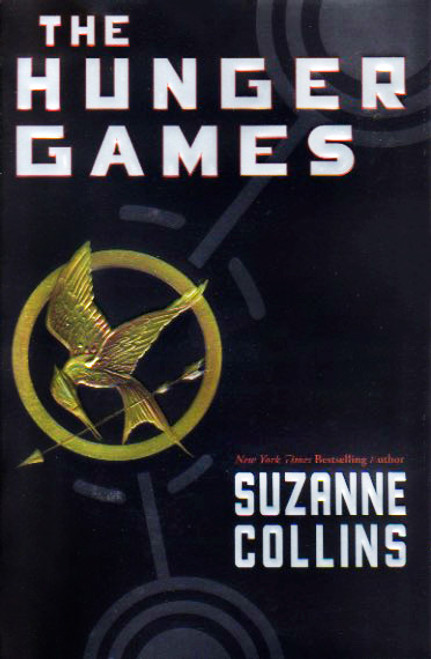 A post war-torn dystopian North America has collapsed after a series of apocalyptic events, and Panem, made up of 13 districts and the Capitol, has risen from the ruins.

Almost 75 years ago, the districts rebelled against the oppressive rule of the Capitol, resulting in the total annihilation of District 13 and even tighter control of the remaining 12 districts. It also gave rise to the Hunger Games, an annual event in which one boy and one girl are selected from each district as "tributes" for the Games. (reminiscent of the Greek legend of Theseus & the Minotaur) The 24 tributes are put into an advanced gladiatorial arena, where the children must fight to the death over a number of days as the Games are televised across Panem for the viewing entertainment of the Capitol and as a brutal reminder to the districts of exactly who is in charge.

Enter Katniss Everdeen, who provides for her mother and sister by hunting and gathering with her friend Gale outside the fence that surrounds District 12, a coal mining town in the coal-rich region formerly known as Appalachia. When Katniss' young sister Prim is chosen as a tribute, Katniss volunteers to take her place, to save her sister from certain death. With Peeta, the boy chosen from District 12, Katniss is taken to the Capitol to enter the Hunger Games. Katniss begins to rise as a contender, and people take notice. But can she win when she must choose between her survival and her humanity?

An intense look at self-sacrifice at all costs.

Study this novel with our study guide and lesson plans!   Recommended for mature readers.

Wrinkle in Time, A - Book

Horse and His Boy, The - Study Guide

In the Year of the Boar and Jackie Robinson - Book